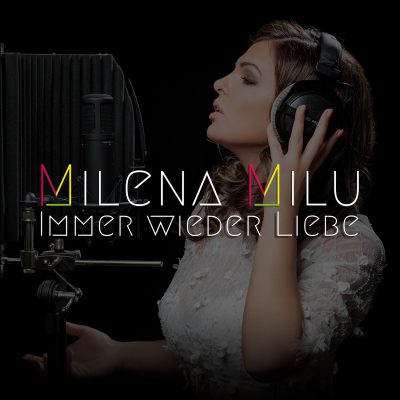 Singer / producer / dancer, Milena Milu, born and raised in Freiburg, learned from childhood to play the piano and Irish harp. Throughout her youth she appreciated many styles of music, until she finally found her passion in the genres of Reggae, Dancehall and African culture.

Milena made her first radio debut at the age of 15, with the album “Sing and Sang”, which runs in rotation on Canadian radio.

A trained singer and dancer in Berlin, she sees herself as a global citizen and lives her artist-existence around the clock. She conducts workshops for students, produces her own music and continues to explore the world.

Her first solo album “Love Struggle” was label-free published in July 2015 and is available on iTunes and Amazon.

In November 2015 she toured as the opening act for Jamaican reggae legend Junior Kelly and accompanied him on his European tour under the independent music label “Irievibration Records” from Austria.

After spending a year in Canada, Milena Milu founded her own school in Freiburg, with a team of nine other people. “Methodos Ev” was designed to prepare children for life after school by identifying the right teaching method for each student. The initiative attracted sponsors and enthusiasts worldwide. Due to the large media interest they learned early on to deal with the media and to work along with them for their pilot project. Even today, this project continues and improves.

As part of a cultural visit, Milena spent two years in Ghana, West Africa. There she founded and directed music and dance projects for more than 70 children and adolescents aged 7 to 22 years.

With the participation of many Ghanaian musicians, Milena Milu produced the CD “African Kiss” with the pupils of their workshop, and celebrated the publication of the Goethe Institute Accra in the same year.

As a thank you for their dedication and commitment to music enthusiasts she was invited by the then ‘Musiga’ President Diana Hopeson to join the Ghanaian Music Association as an honorary member.

In cooperation with a German-Ghanaian sponsoring organization they applied for funding and received financial support from the EU.

On June 6, 2017 there is a reason to celebrate! Milena Milu will release her first EP in German with four Dancehall and Reggae-influenced songs and three accompanying music videos. For music production with live instruments and filming of the “Time and Again Love” – ​​EP, Milena traveled to Jamaica, the birthplace of reggae to experience the origins of this world vibrating genre of music. Two of the tracks features Jamaican singer, ‘Jahmila,’ The result is truly worth it!

Ajar are the poetic title to the previous album “Love Struggle” (2015). Compassion and love allowed!

The “Time and Again Love” – ​​EP will be available for download in all online stores and will be launched this summer in Germany.

For booking inquiries or further information please send us a message: